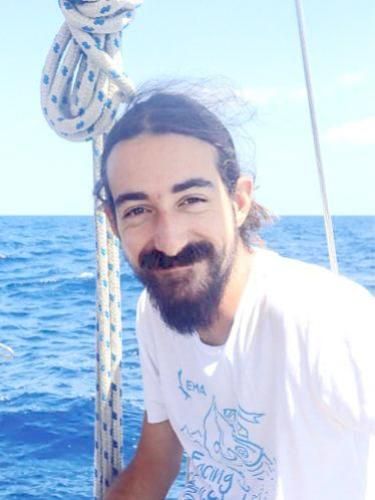 Alvaro Adame is a Biologist Researcher in Marine Litter and Environmental Educator ( naturasinbasura.org ). Alvaro obtained a five-years Degree in Biology at the University of Seville, Spain (2008-2014).
Alvaro spent the next four years (2014-2019) in Naples, Italy. During 2014-2016 he worked at two Marine Protected Areas (MPAs): Punta Campanella and Gaiola, involved in projects with international volunteers, environmental education activities and conservation studies in the field, which sparked his interest in the marine plastic pollution issue.
During 2017-2019, he coursed a Master’s Degree in Biology and Ecology of the Marine Environment and Sustainable Use of Marine Resources, developed by the Università “Federico II” di Napoli (Naples). Alvaro developed his Master thesis in collaboration with the Stazione Zoologica Anton Dohrn di Napoli, in the group of Raffaella Casotti (Integrative Marine Ecology Department). He participated in the sampling of microplastics with manta net in the Mediterranean Sea, and analyzed the samples through SEM techniques (Scanning Electron Microscopy), studying the microbial communities attached to microplastics (the so-called “Plastisphere”). For this work, he also collaborated with the french NGO Expédition MED and counted with the external supervision of Linda Amaral-Zettler and Erik Zettler from the NIOZ (Royal Netherlands Institute for Sea Research).
Currently, Alvaro works as a researcher in the Department of Biology at the University of Cadiz, and as part of this UCA Marine Litter Research Group, involved in the MIDaS Project: Inputs, Distribution and Storage of plastic debris in the Mediterranean Sea.
Alvaro’s goal is to continue studying the issue of marine litter and (micro) plastic pollution in the ocean, together with outreach and environmental education activities to raise awareness and promote love for Nature without waste production.

© 2020 DESIGNED AND DEVELOPED BY INVISUAL.ES