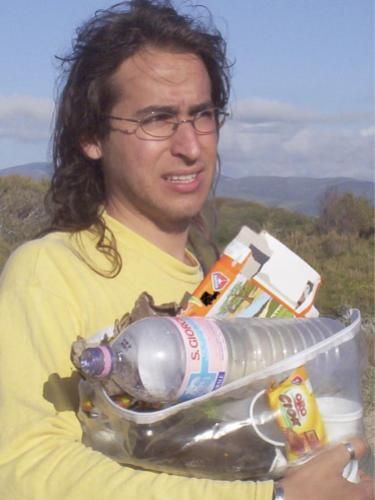 Andrés began his career as biological oceanographer in the Strait of Gibraltar. He continued to work as limnologist in Ibera wetland (Argentina), taking the Ph.D. in Ecology from the University of Cadiz in 2003. Dr. Cózar joined the University of Siena (Italy) to work in European projects for the sustainable development of African Great Lakes, particularly Victoria and Tanganyika, and great wetlands in Paraguay (Ñembucú) and Brazil (Pantanal). Since 2005, he teaches at the Faculty of Marine and Environmental Sciences in the University of Cadiz, where he returned to oceanography and extended his activity to terrestrial ecosystems.

His research tends to focus on large-scale quantitative analyses of real-world data, with emphasis on the societal challenges derived from the global change. Since his participation in the Malaspina Circumnavigation project in 2010, most of the research is addressed on the marine plastic pollution. Currently he has taken particular interest in the value addition to the vast citizen science effort on this issue as well as the remote sensing of the marine litter. Cózar is regarded as one of the main experts on marine plastic pollution, as evidenced by his membership in the international expert panel for the G7 Action Plan to Combat Marine Litter.

In 2014, Andrés Cózar and his team presented the first global map of plastic waste in the ocean. They revealed the existence of 5 great accumulation zones of floating plastic debris, one in the center of each of the ocean basins. The study made a puzzling discovery, the plastic afloat is less than 1% of the total amount entering the ocean. A fragmentation model for plastic debris showed that an important fraction of the missing plastic corresponds to tiny fragments (few millimeters in length or smaller), and a disturbing possibility: these plastic fragments can be mistaken with plankton and be regularly eaten by the organisms in the base of the marine trophic chain.

It was believed that marine litter was primarily a concern in temperate and tropical regions. Not at all. In 2017, an expedition around the North Pole on board TARA vessel revealed the migration of the floating plastic disposed into the oceans towards the pristine waters of the Arctic Ocean. This poleward migration of plastic involves the so-called Thermohaline Circulation, a global conveyor belt currently known for redistributing heat across the global ocean and now connecting the Arctic with sources of marine litter from other parts of the world. More than ever before, preserving the Arctic requires preserving the planet.

© 2020 DESIGNED AND DEVELOPED BY INVISUAL.ES